This executive summary provides a summary of the findings of the Ethno on the Road report. The report was an analysis of Ethno on the Road (EoR), a touring band comprising five participants who are selected at the end of Ethno Sweden each year, and Världens Band, a transcultural fusion band that has its roots in the Ethno Sweden Gathering and EoR touring band of 2010. Findings are based on ethnographic fieldwork, a focus group with the Världens Band and follow up interviews with an artistic leader for EoR and participants of EoR 2019. Academic discourse has drawn from the fields of ethnomusicology and community music with a focus on intercultural engagement and
globalisation in Section A (Appadurai, 1990; Born and Hesmondalgh, 2000; Averill, 2004; Bithell, 2014; Hess, 2019, Campbell and Lum, 2019); performance frameworks, hospitality and outreach in Section B (Baumann, 1977; Turino, 2008; Brinner, 2009; Higgins, 2012; Bartleet, 2019); and informal learning, musical pathways and subcultures in Section C (Slobin, 1993; Finnegan, 2007; Green, 2008).

References can be found in the publication. 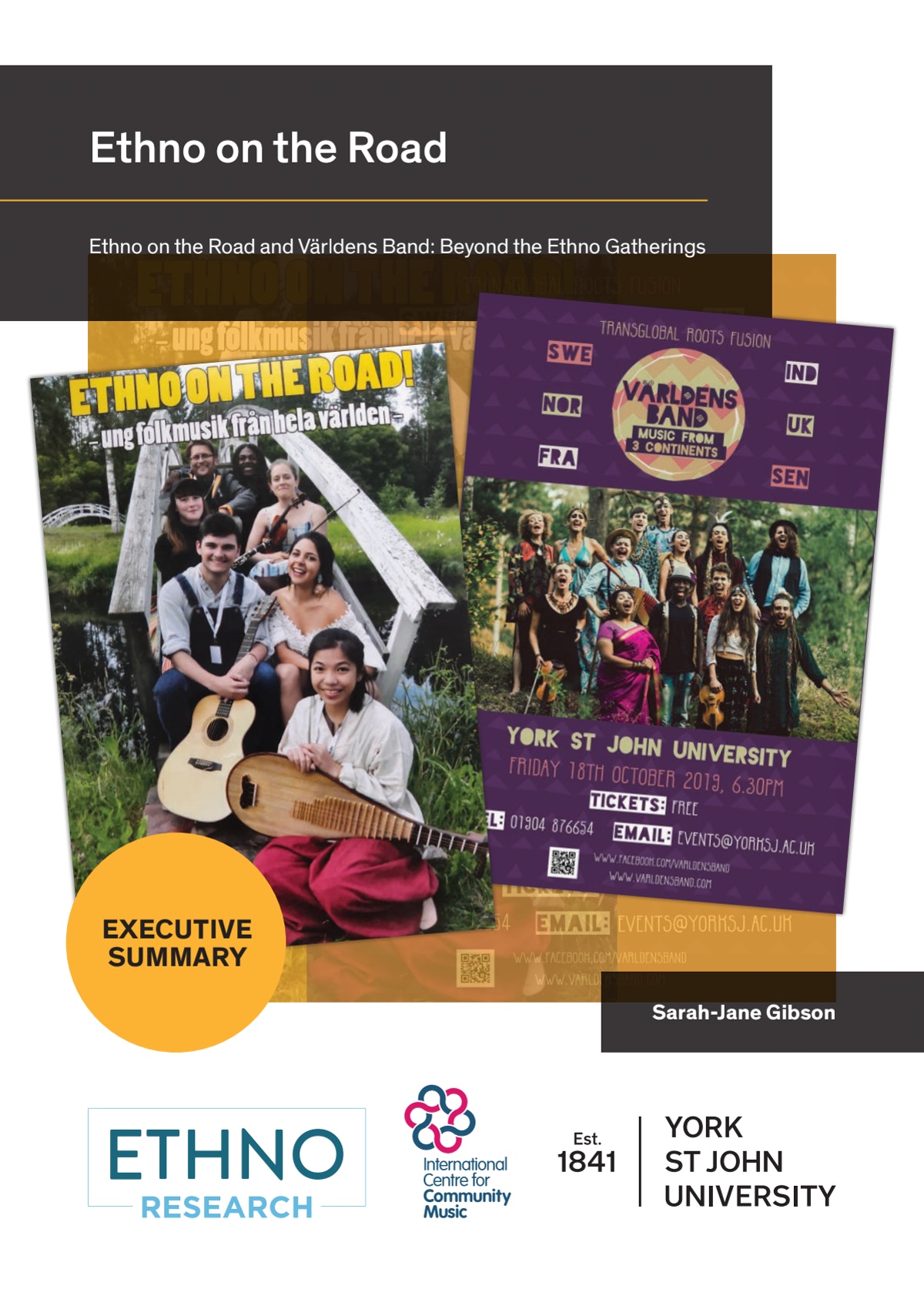