This report investigates Ethno on the Road (EoR), one of the reverberations that takes place within the ecosystem of Ethno Sweden. EoR is a touring band comprising five participants who attended the Ethno Sweden gathering and two music facilitators. The band aims to represent the Ethno gathering by performing music that was learned there and sharing some of the ways in which the gathering encourages people from different parts of the world to collaborate and share their music. The band could be considered as an outreach project, where Ethno is performing to various Swedish communities. It is, therefore, a point at which Ethno may be encountering audiences who are not familiar with the Ethno Ethos.

The report investigates five research questions considering the influence of Ethno in three areas: practice within the band; performance and outreach; and, professional and personal development. EoR is positioned in relation to globalisation, cultural appropriations, and social justice, with a focus on authenticity and agency. I argue that folk music is used as a catalyst for young people to further develop their own understandings of themselves and the cultural “other”. Furthermore, EoR highlights encounters between participants and audience members and how this interaction impacts understandings of and rationales for music-making and, potentially, acts as a form of social justice. There is also consideration of the impact Ethno has had on the lives of EoR 2019 and some members of the Världens Band who attribute their formation to their participation in Ethno Sweden 2010 and EoR 2010.

This report is based on observations and analysis of two performances of EoR 2019. Data also includes a focus group interview with the Världens Band, follow up interviews with a music facilitator and members of EoR 2019 as well as fieldwork conducted in Ethno Sweden 2019. 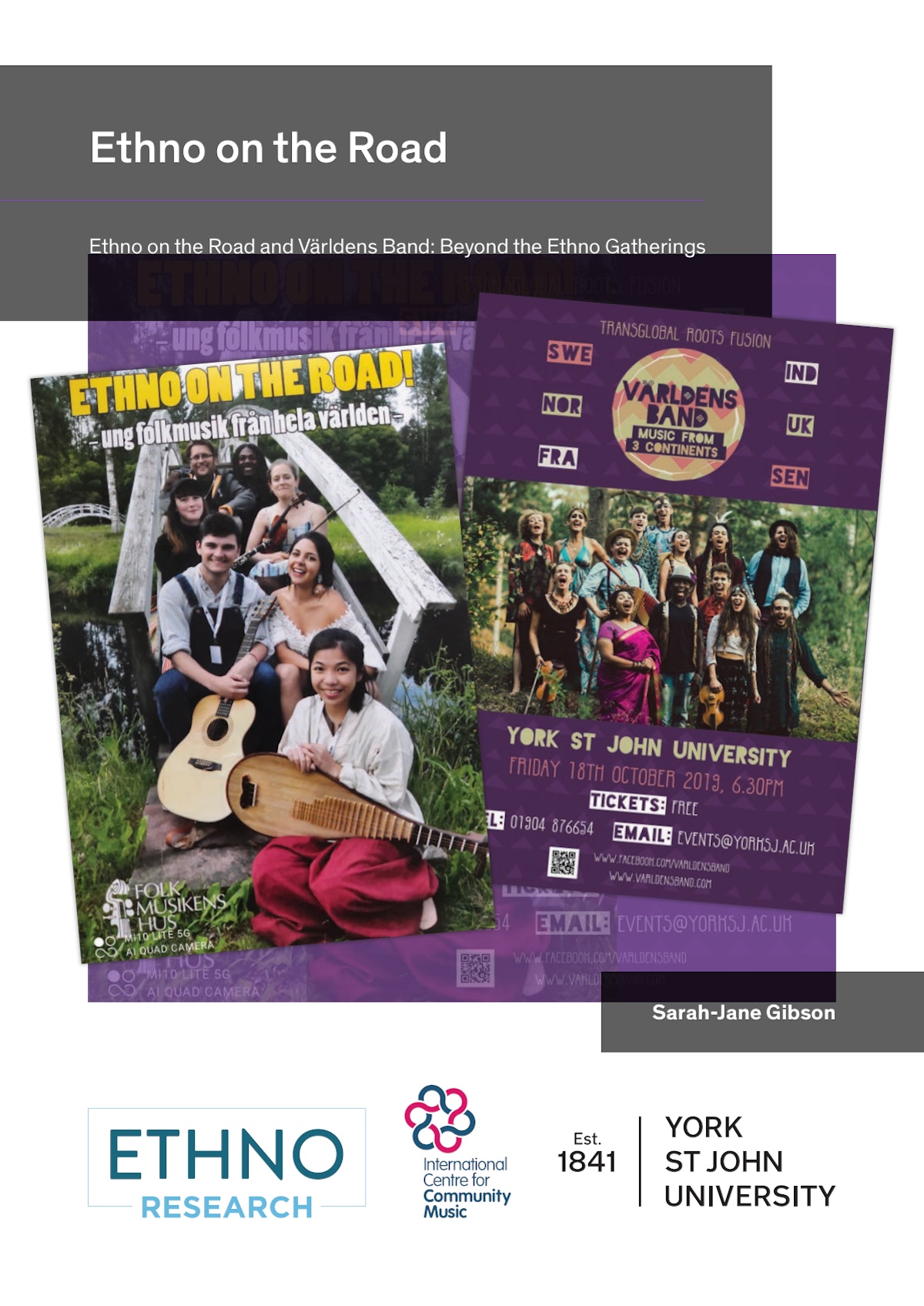